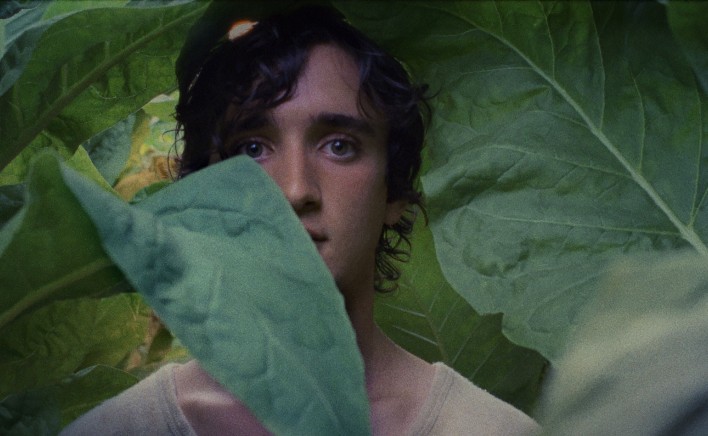 
Time, memory and resistance, that's the title of the outdoor cinema cycle programmed by Porto/Post/Doc that kicks off this month in the Invicta city, in partnership with Casa Comum. Taking place between June 28th and 30th at the Museu de História Natural da UP, the exhibition includes titles that propose new visions, critical and poetic, on themes that mark the social and political life of the 20th century. Nostalgia for the Light, by Patricio Guzmán Guzman, Honeyland, by Tamara Kotevska and Ljubomir Stefanov and Happy as Lazzaro, by Alice Rohrwacher are the first three films of a cycle that will extend until November and will also pass through Passos Manuel. The July sessions at the museum always take place at 9.30 p.m. and admission is free.

The 3 films that open the cycle take us to a time near and far from the memory of the 20th century, with Nostalgia of the Light by Patricio Guzman, a documentary that takes us to a female perspective, of the mothers of workers, miners and indigenous political prisoners who disappeared and were tortured, the eternal fight against forgetting the victims of the Pinochet regime. From Macedonia, a documentary nominated for the Oscars, Honeyland brings us the theme of balance and respect for nature, filmed in a suspended time, in a rare harmony of understanding with tradition, in an ecosystem threatened by greed, the directors and the two protagonists take us where it is not always possible and only cinema can take and show us the dangers of greed and easy profit, a poetic parable about our time of great contradictions. Happy as Lazzaro by Alice Rohrwacher, awarded at the Cannes Film Festival in 2018, takes us on a temporal journey of several decades, as close to the magical realism of literature as to the Fellinian cinematic universe, the personal memories of the protagonist between the innocence of his existence and the human wickedness of those who take advantage of him, the great Italian cinema reviewed in an enchanting tale that mixes professional and non-professional actors.

This cycle will resume in September with the remaining programming to be announced soon. A total of 10 films by filmmakers with different perspectives but equally committed politically and socially, with free points of view and that we put in perspective here as examples of the vitality of contemporary world cinema. Personal, family and collective memories are summoned up in these films, at a crossroads of humanist values that must be highlighted at a unique moment in our existence, in which cinema can also contribute to the fight against forgetfulness, against the irrational and against the perpetuation of populist ideals that only compromise the future of civilisation, our future.